Living with a stammer 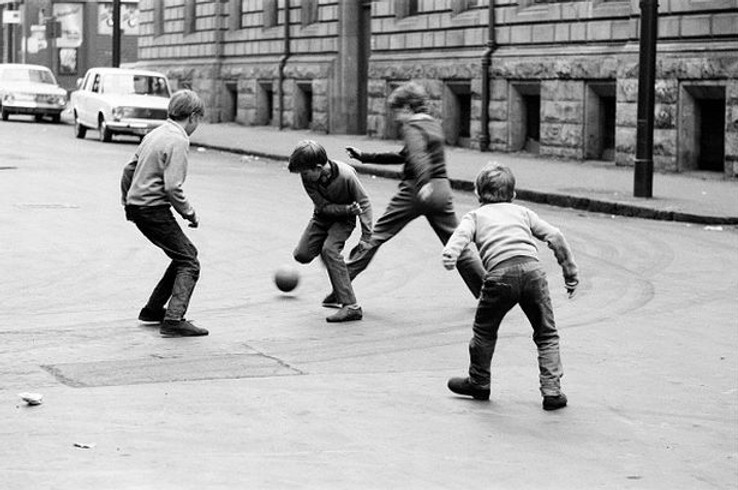 “The past is another country, they do things differently there.”

Some of you may not remember a time in Ireland when only a small percentage of the population got a secondary education (free education was introduced in 1966). Corporal punishment was common. Decent jobs were scarce, many were forced to emigrate. John B Keane’s play Many Young Men of Twenty captured the reality and drew large audiences in rural parish halls. I mention these things by way of context.

My early experience of school was positive. The nuns cleaned our runny noses and seemed to find our stories interesting and funny. I liked being liked.

After making our first communion we went to the school for big boys. Our new teacher was male and dangerously violent. What had been sweet turned sour.  Parents from other parishes sent their children there because this teacher had the reputation for getting scholarships (the County Council paid for secondary education for the worthy few). During those years my speech became very difficult. “Don’t worry,” grown-ups said to my parents, “he’ll grow out of that”. But as I got bigger, my stammer, like my shadow, also grew. I couldn’t get rid of it.

If I could go back in time the most important thing I would have to say to that boy is : “Stop trying…….to fix your stammer, to impress and please others.

Secondary school was like the curate’s egg……good in spots. We studied Hamlet for our Leaving Cert. I found it relevant. Hamlet was stuck and so was I. Like me his coping mechanism was to retreat into his head. He thought too precisely about things and so did I. He said things like, “nothing is good or bad but thinking makes it so”. That got me thinking.

Football was my escape.

For me boarding school was not good preparation for university. My fluency, which had improved, became worse. I acted cool like an iceberg but always on high alert. At lectures my mind seemed flooded. I lost an alarming amount of weight. Late in the academic year, help came in the form of a friend. Unlike me he was happy to be who he was. There was no façade, no public and private, no putting on a face to meet the faces that he met. In a word he was real. After first year I found my feet. Declaring up front that I had a stammer sounds simple but was quite helpful.

A good friend got a job teaching in a VEC school in a working class area of North Dublin. They needed a teacher part time. I was conflicted. I consulted with a doctor who was sympathetic to stammerers. She encouraged me to go for it provided that it was what I wanted and asked if I had any idea how cruel kids could be?

I met the school Principal and he offered me the job. They had 17 streams in first year. One day a kid walked beside me as I was making my way to the prefab. “Sir, are you trained for learnin’ thicks?” he asked. Well, it was a fast learning curve. There were only eight in the class but they had a short attention span. I came up with a plan. If they worked for the first half hour of the forty minute class we would have a press up competition for the final ten minutes. I put a pound on the table. If the eight of them could do more press ups than I could it was theirs. They finally beat me by one on the day of the Christmas holidays. I forfeited another pound at the end of the year. When teaching the more academic kids I used the blackboard a lot and gave handouts. Teaching was a little like a football match; there was no time to think, I was lost in the action. It was exhausting but I became more confident and the stammer became less of an issue.

When I entered the world of counselling the best teachers and the best theorists seemed to say to me: love your imperfections, your imperfect life, your imperfect relationships, your life as it is. This wisdom applies especially when it is darkest and there is no path.

Kindest regards to all of you,

Above:
Photo credit:
Read more about
Parents and Children

You are very welcome to the Irish Stammering Association’s new (and first ever!) podcast Stammering; A life less ordinary!

Robert O'Brien; Just One More Drive: The true story of a stuttering homosexual and his race car

Read what people thought of O'Brien's book Just One More Drive and find out where you can buy it!